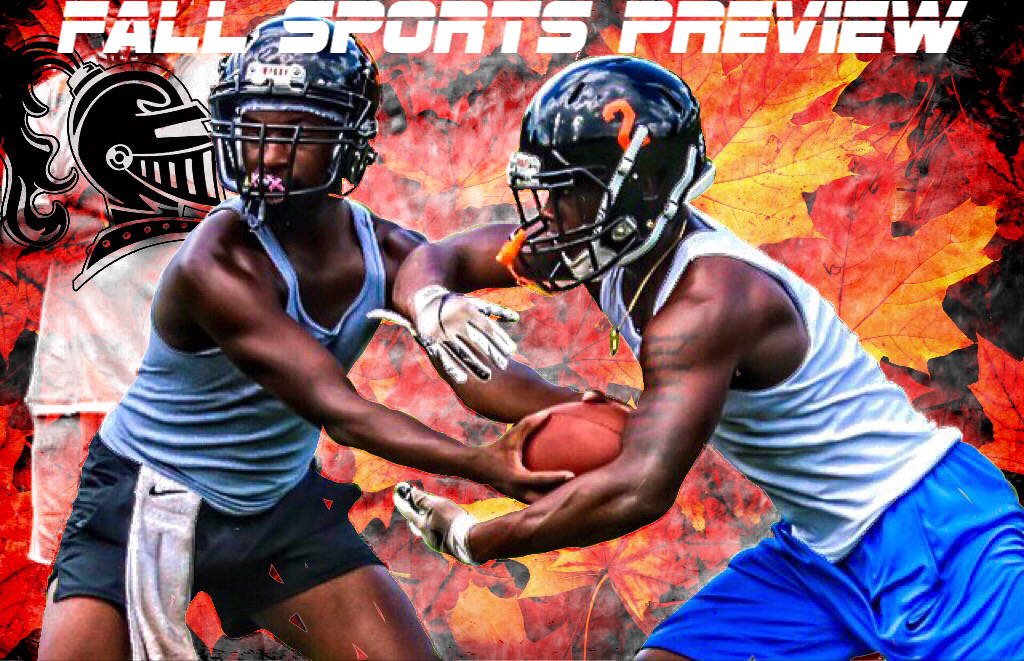 The school year is now in full swing, but what many people don’t realize is that the fall sports athletes have been grinding it out on their respective fields or courts since the first week of August. As regular-season games start, there is much anticipation for what these teams will accomplish.

One team that is looking to bounce back from a difficult season is the golf team. Coach Joshua O’Grady, who is also a history teacher at C.H.S., is optimistic for the coming fall season. The team is sporting a ton of new freshmen, which is the team’s biggest challenge, but also an advantage for the future. “[We want] to get better and build the foundation for a winning program,” said O’Grady. Their recent events include District Team matches at Monticello High School on September 10th and one at C.H.S. on the 18th which they won for their first win in two seasons.

The second co-ed team is the cross country team. While the rival schools of the county sport very difficult competition, the C.H.S. XC team has a shot to compete. “The goal is to get to State,” Cross Country Coach Ray Ackenberg said. “It’s a bit of a longshot, but within our ability.” A solid number of runners are returning, including Junior Reece McKee and Senior Kika Van Der Plujm, so be on the lookout for new personal records as the season begins to heat up. Upcoming meets include at Rockingham Fairgrounds on September 11th and Panorama Farms on the 14th. The boys won at Panorama Farms earlier this season.

The football team is also looking to bounce back from an underwhelming season, only recording a single win in the 2018 season. This will be a big challenge due to the absence of former star running back, Sabias Folley. Senior captain Isaiah Washington looks to fill his shoes with Tamarius Washington at the quarterback position. “Our goal is to win the day and improve every day,” Coach Eric Sherry said. “Wins will take care of themselves.” It will be interesting to see how injuries affect the team and how the depth is tested as the season progresses and hopefully they can earn a winning record despite being 0-3 to this point.

One of the most experienced group of athletes comes from the Field Hockey team. The field hockey team is stacked with seniors but they also have a fair share of strong underclassmen building the foundation for the future. “The key to success will be blending the experience with the young talent.” Coach Tharp said. If they can do this successfully they have a shot at a run to the division or even state championships. With work on fundamentals, this team could be the most successful fall sport. They have an upcoming home game on the 10th against Lousia.

Last but not least is the girls’ volleyball team who look to be successful this fall season. Behind captains Claire Munro, Ellie Detert, and Shana Bullard, they have a chance to improve on last year’s record. The biggest challenge they will need to overcome this season is the depth and of the team as their roster size is pretty small. Coach Callie Garrett is very excited about the season. “I think we are going to have a phenomenal season,” said Coach Garrett “One that they are going to remember fondly.” Be sure to support the Volleyball team on Tuesday the 10th against Louisa.

Get ready to attend as many sports games as you can this year and cheer on your friends as they compete. Action really picks up within the next two weeks so get hype, get pumped, and get ready to eat some W’s.