“I Got Rocked”: My Concussion Experience 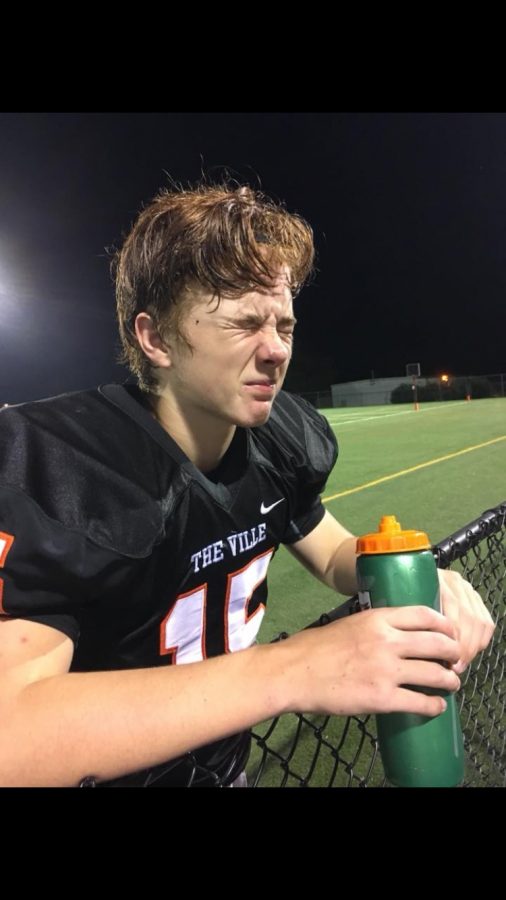 James Tanner after having received a concussion in a JV football game.(Photo By Katy Alford)

After being knocked unconscious in a JV football game against James Monroe High School, it was obvious that I had suffered a relatively severe concussion. Knowing this, I had some decisions to make regarding my football career, and how to handle to the oncoming academic workload.

After countless days lying in the dark, in too much pain to even go to the grocery store, I was desperate for some type of solution. I went to see the doctors, and after running multiple tests on me, they concluded that I was to stay home from school for at least another week, then start to go back to school for half days until I felt back to normal.

This “Solution” caused me to be extremely behind in school. My grades plummeted,  and due to the new attendance policy at C.H.S., made me at risk for getting my class credits pulled.  While returning to school was hard enough, now I had to deal with possibly having to repeat my Sophomore year.

My personal life was chaotic however, while juggling constant headaches and light sensitivity. I was required to do loads of schoolwork on my computer, causing the headaches to intensify, and possibly delay recovery. During this time, I was forced to think about a harsh reality regarding my football career. I decided face the fact that it was time to hang up the cleats, which broke my heart.  After working so hard over the offseason to earn the starting job, having ripped away from me in a game that we already lost, made me angry, sad, and frustrated.

After returning for a couple of days, I started to feel as if I had things somewhat under control.  I was doing my best to complete schoolwork, even if I wasn’t all the way there mentally. I made success plans with my teachers, and was feeling better and less stressed about having missed so much school. While my teachers were very understanding, I believe the administration could have handled the situation better by not increasing my stress level by sending out constant attendance letters and threatening the pulling of credits.  I think that they could have spoken with me in a more positive tone, regarding how to catch up and avoid finishing the quarter with poor grades.

While being concussed is never fun, Ms Matheny and Ms Lynch made the whole process easier and helped me out alot while dealing with the workload, and the symptoms of the concussion. I wouldn’t wish a concussion on my worst enemy, and while this last month has been extremely frustrating, the training staff and my teachers have been very helpful in recovering and catching up in school.