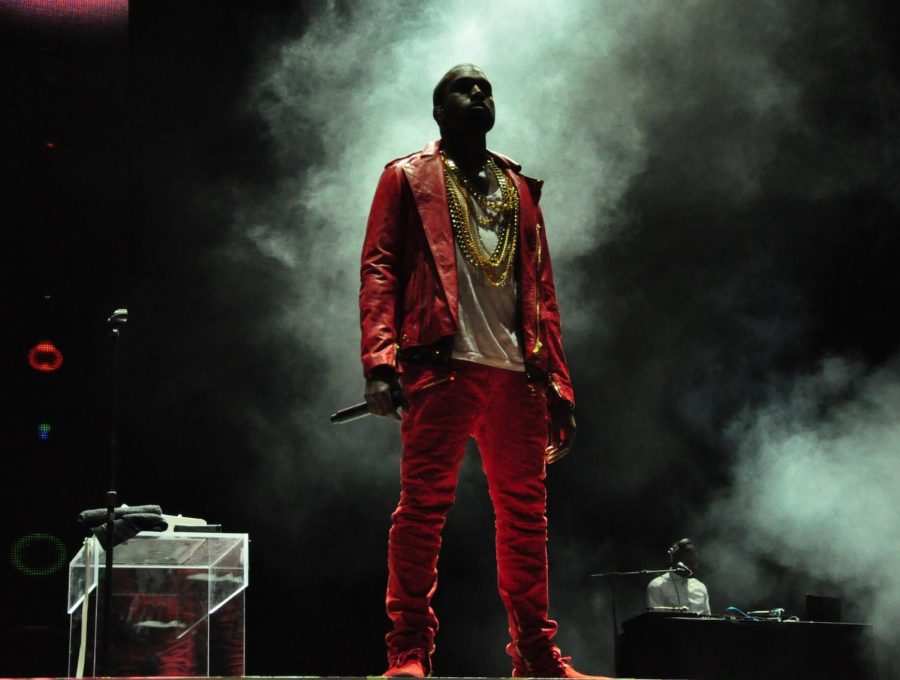 Kanye West has been an influential figure in pop culture since the early 2000s. His capturing charisma and insane talent made him a rap phenomenon. Many young people in America look up to Kanye as a symbol of iconic rap, but his influence on high schoolers is mixed. High schoolers acknowledge that Kanye has mental health struggles and might not necessarily be a positive role model, but there still is a type of hype surrounding him. No matter what Kanye does, he still has supporters and people who believe he can do no wrong. For many, his talent seems to balance out his irrational decision making. Recently Kanye has been posting alarming captions on Instagram, including harassment of his soon to be ex-wife, Kim Kardashian, and attacks against her boyfriend Pete Davidson.

KTR interviewed sophomore Pietro Ciliberto concerning his opinions on Kanye west. When asked about Kanye’s recent instagram posts he said, “They are pretty funny, but it’s also kinda messed up because he is low key harassing his wife.”

Another CHS student, Diamond Mayo, was asked about her opinions on Kanye, “He just went downhill after his mom died and he kinda has a self guilt thing. I don’t think he is crazy, I just think he [has issues].”

Her opinion on his recents instagram posts are conflicted: “I don’t know, I can’t tell if he just misses her or is just being a narcissist. Because how are you just gonna sit there and express to the whole media that you miss Kim Kardashian but you literally have a girlfriend while you are saying that. He is not respecting relationship boundaries…” His public displays of stalking and harassment of Kim perpetuate negative ideas about how to deal with a breakup in a healthy way.

CHS students Graham Morrison and Simon Jacoby have supportive feelings for Kanye. They expressed that, “Kanye is life. Kanye is amazing. He is one of the best musicians and producers of all time.”

When asked about his recent instagram posts they said, “Lovely. It entertains me everyday. I am never bored. If I need something to entertain me or make me happy I just go look at Kanye’s instagram.” Kanye can be interpreted as an entertaining person and be perceived as funny to many of his fans.

However this is a narrow minded and immature view about Kanye’s media presence.  It associates his bipolar disorder, diagnosed in 2016, with extreme and cruel behavior. Confirming Kanye’s malicious actions discredits his path to healing because he is being rewarded for creating an environment of toxicity toward his peers and viewers.

Kanye has often been defined by his rap career but has had major struggles with mental health and his bipolar disorder. Though he has been very outspoken about his manic episodes and paranoia. One would think that a public figure like Kanye speaking out about mental health would have a positive impact, but the consensus among students seems to be that Kanye does not contribute to more awareness around mental health. He puts a negative spin on mental health disorders due to the fact many view his actions to be for entertainment purposes instead of a manic episode.  Viewers only see the “funny and entertaining” part of Kanye’s disorder that he posts on social media, so it is hard to fully comprehend how it affects him and the people around him.

Kanye West’s influence on pop culture might never fade but the respect he demands from his fans might. It is easy to assume that Kanye is crazy and irrational, or that he is hilarious and a genius. It has to be acknowledged that his actions against his soon to be ex-wife are wrong but are perceived in a joking manner. He is often given the benefit of the doubt due to the fact that he is bipolar, which is a valid struggle, but not an explanation in cases of stalking and threatening. Viewers should reconsider perceiving celebrities’ actions as pure entertainment.