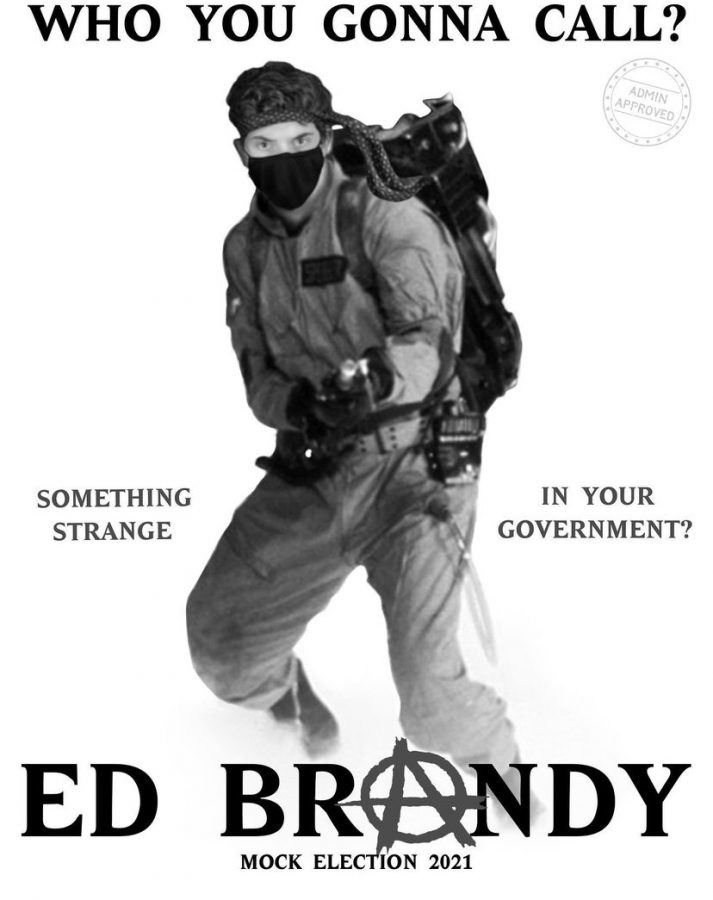 The CHS Mock Election excitement is at an all-time low. On the morning of November 12th, senior students learned the unfortunate news about one of the most anticipated projects of their year: the mock election. AP U.S. Government teacher Mr. Robinson informed his first-period students that they had to contain all campaigning to his classroom and take down all campaigning posters around campus. The announcement was accompanied by a Canvas message, and by lunchtime, seniors were expressing great disappointment and confusion in the decision.

The mock election has been put on by senior AP government classes every November in alignment with local elections for 13 years. It was made to be an intricate, teamwork-oriented assignment in which students were able to experience what a real gubernatorial election showcases. Students were to form teams with one another to assist their elected candidate in campaigning to become “Governor of Virginia”. The mock election is applicable for students as they put the lessons they’ve learned into action but it also provides the opportunity for a performance, if you will. Students will adopt alter egos to run as candidates usually from the extremes of the parties and will mockingly target their opponents.

In years past, the campaigns have all been good fun. In 2018, Jack Montana ran as an independent who had radical, essentially comical, stances against Susannah Birle. A video of the opponent tripping at a track race was used in one campaign video. However, none of this behavior was flagged by the administration as cause to stop the election.

This year, students were hard at work with their candidates Kaymin Hester (Kaymin Hester), Ed Brandy (Cole Lyman), and Barbie Robinson (Venetia Smith) to create a fun and respectful election, and they were making fantastic progress, whilst reaching outward to the students who were watching it take place. “I think it’s very cool and fun, and it helps students learn the way actual government works, as well as the election process,” says senior Anna Garrett about her experience as an AP government student. “It gives students a lot of freedom for the project, and I don’t have any bad things to say about it. The candidates are all enjoyable and it’s nice to see people work together and go against each other too.”

However, when the suspense was at its climax and the enjoyment was reaching its peak, the administration of Charlottesville High announced something that would ruin the purpose of the election in its entirety without student or teacher input. According to the message that Mr. Robinson sent to his students, the campaigns were asked to be contained because posters were placed in unauthorized places, but also because of  “a concern that some political views may be marginalized.” All campaigning was limited to Mr. Robinson’s room which included the removal of posters around the school. No further instructions were given to students or teachers.

The latter concern most likely arose from the Republican candidate’s running name, Barbie Ootlicker. This is an allusion to a common conception of Conservative people to be “bootlickers.” Ootlicker has since remarried and legally changed her maiden name to Roberts.

There was also a concern about the tagging going around the school. Rumors were spreading that it was related to the mock election because the C hallway door reads “Transcend the Law.” This was tied back to the Anarchist Party headed by Ed Brandy but later proved to be a separate event.

Even though both of these concerns have been addressed, the fun and educational purposes of this mock election have diminished since the announcement, and as it stands, AP Government students are still stuck on what to do at this moment — as well as what this means for the future of the Mock Election Project.

Most mock elections normally include a debate that the entire school can attend to witness and vote for the candidates, but it has been established that there would not be an in person debate this year with an audience per tradition. The election is school-wide, but with it being contained to only AP government classes, there is a question of how it will be able to include the entire school. Kaymin Hester, who is running under her real name as the Democratic candidate, has been trying to have conversations with administration about how to maintain the integrity of the mock election but has been told it is a teacher issue, not a student issue. Kaymin stressed the importance of the project: “It’s more than just a project for the government classes, it’s for the whole student body. It’s an educational tool first and foremost and it can’t be a sufficient educational tool unless there’s significant exposure which at this point there’s really not,” she said. “I just feel a little bit frustrated that after all of those restrictions that are just by nature of the times that we’re in, we are now adding more restrictions.”

Mr. Robinson, as well, has attempted to discuss with admin what would be the next steps for the Mock Election but has not received a proper answer. He says, “I don’t think I’m going to hear back from [administration]. Right now what I’m assuming it means is not giving speeches in the hallways or in the cafeteria or putting signs up in halls outside. But I’m also assuming still sharing what we’ve done with our project is possible,” he admitted. “I think there was some sadness to realizing it couldn’t reach out in as many ways as it could before but I still have some hope there are ways it can grow in the years after now.”

Mr. Robinson also acknowledged how the integrity of the project may have not been closely considered in this decision. “I wish that people had the time and desire to see more of what is happening in the classroom: the speech writing, the research that goes into proposing ideas, the interesting discussion that is arising from those ideas. I think there is a lot that’s education there that’s harder to see at first glance,” he said. “My ideal for this project is for it to be something that models politics and to be something that brings joy to the people who are doing it. I think those things are compatible.”

However, Dr. Irizary did offer a response to many of these questions. In a meeting with the KTR staff, he highlighted how this project has sometimes been a problem in the past and to see that problem persist requires holding the adults responsible accountable so that the pattern does not continue. He established that this was not meant to be a punishment to the senior students involved but was instead necessary in order to not become offensive or taken out of context. He acknowledged that it is not about individual opinions among candidates but that when candidates are playing roles of political figures, they can often be dramatic and therefore inciting, especially when the project involves the entire school. Dr. I said that he would like to have an “honest sit down” with the government teachers to discuss what this project will look like going forward. However, it is safe to say that this year’s mock election faces, for the most part, a gridlock.

The recent decisions made around the Mock Election reflects a series of questions that have been asked more and more frequently during this school year: how can education and enjoyment be compatible, and how much of that comes from students’ freedom in projects around the school? How have senior students’ experiences already been so limited by restrictions and what impact are these further limitations having? What could have gone differently to prevent this devastation? Is this fair to students or was it necessary of administration? And how politically polarizing is Charlottesville High School as an institution in reality?