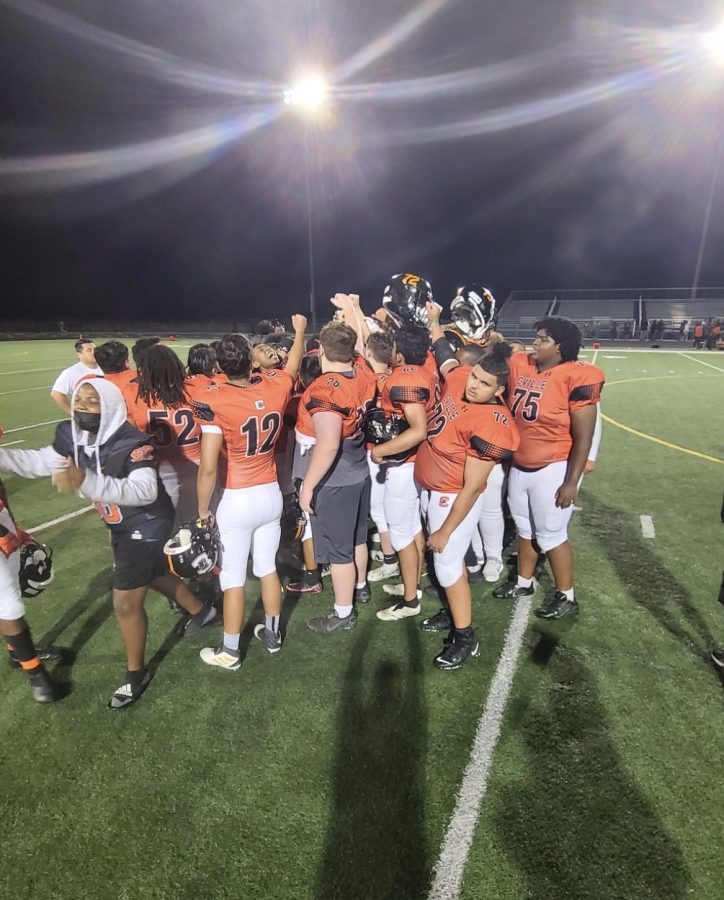 Vaccines are at the top of national controversy, as they have been for the past several months. With a very diverse student body, it has also become a topic for debate at Charlottesville High School. Some students don’t believe in the effectiveness of vaccines or don’t feel comfortable getting the vaccine, while others are heavily in favor of getting them in the hopes of saving lives and making our school safer.

The city of Charlottesville has been labeled as a very high-risk place for unvaccinated people by the New York Times. Our statistics within the city seem to be right at or below average risk levels compared to the rest of the country, mostly dragged down by the amount of cases in the area.

There are no vaccination requirements for attending school, but because of the high risk in the area, the Charlottesville  High School Athletic Department has recently announced that there will be requirements for all athletes playing public school sports in the state of Virginia. The announcement comes in the wake of a Charlottesville City School Board decision to put this mandate in place, according to CHS principal, Dr. Irizarry. It will take effect on November 1st, and proof of vaccination must be provided by all athletes. If there are athletes who are unvaccinated, or any uncooperating parties, there is one sole bypass: players must be tested for COVID each and every week while they are playing their respective sport.

Some students had questions about what exactly the mandate meant  when it was first announced, including players of the football team, some of which weren’t vaccinated. Senior wide receiver Jason Romero described his reaction to the announcement as “joyful” because he knew it was a step in the right direction to make everyone safer. But he also remarked that he began to worry about how it would affect the rest of his team, with several of them not being vaccinated. With a limited depth chart, he even went as far to say that he began to be unoptimistic on a completed season due to the amount of people who took offense to the announcement.  Since the requirement had been set in stone though, most of the football players who weren’t previously vaccinated got vaccinated. Thus meaning that the goal of administrators and officials to get people vaccinated is in fact working.

This decision won’t affect our sports programs as much as it will affect other, more rural, school districts, but it still will be a factor in how some of our teams move forward with their seasons to come.