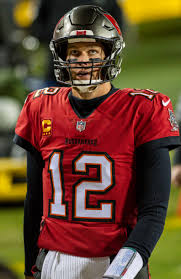 On Super Bowl Sunday 96 million people watched the Tampa Bay Buccaneers beat the Kansas City Chiefs 31-9. Many people including myself were shocked at the score. The Chiefs were 3 point favorites for the big game but some NFL analysts predicted a Kansas City blowout. So how in the world did the Tom Brady led Bucs to beat the favored Chiefs that badly?

It started out with the Tampa Bay defense, the top 5 unit shutting down arguably the best offense in the NFL. The Bucs front four led by Jason Pierre Paul and Shaq Barrett put on a show. “He didn’t have any time to throw, this loss was not on Mahomes” said Senior Noah Boswinkel. All game Patrick Mahomes had no time to throw and many times had to run for his life to try and create any big plays.

The Tampa Bay Buccaneers held former MVP and Super Bowl MVP Patrick Mahomes to 270 yards, zero touchdowns and two picks. First round pick Clyde Edwards Helaire rushed for 64 yards, Tyreek Hill was shut down for most of the game but ended with 67 receiving yards. Travis Kelce had a great game with ten catches for 133 yards, but dropped two critical passes on 3rd and long.

The Bucs offense felt like they could do whatever they wanted, in the second half Leonard Fournette could not be stopped. Tampa Bay controlled the game on offense, dominating time of possession. They never let Kansas City back in the game. Their defense didn’t allow a single touchdown, and forced two turnovers. Many people thought this was going to be one of the best Super Bowls ever played. A 43 year old who is one of the greatest quarterbacks to ever play up against a 25 year old star who has won a Super Bowl and MVP in just 3 years and is the face of the NFL. Will Mahomes still be able to catch Brady, or was this his only chance?